Trustees are voting members of RARP’s governing body and set out the strategic direction of the charity. They work to ensure the charity is well managed and meets the set objectives. Trustees meet regularly to discuss and review RARP strategies and policies based on the reports and updates from RARP manager. Our Trustees also review and make joint decisions on applications for grants in line with our grant making policy.

The board is made up of world known Russian avant-garde art experts, along with recognized specialists in other fields such as arts analysis and research. 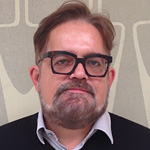 Konstantin Akinsha is an art historian, journalist and curator. He received PhD from the University of Edinburgh.

In 1999 – 2000 Akinsha served as Deputy Research Director of Art and Cultural Property section of the Presidential Advisory Commission on Holocaust Assets in the United States. Among his awards for investigative cultural Journalism are: George Polk Memorial Award for Reporting on Culture (1991), Overseas Press Club of America Citation of Excellence (1991), National Headliner Award (1996), The Society of Silurians Excellence in Journalism Award (2009), Clarion Award for Cultural Journalism (2009, 2010).

Vivian Endicott Barnett is an independent art historian, curator, and author of numerous publications. She has written extensively on Vasily Kandinsky, compiled four volumes of the Kandinsky catalogue raisonné, and recently completed the Addendum to the catalogue published by the Städtische Galerie im Lenbachhaus in Munich.

Currently Vivian is organising an Alexei Jawlensky retrospective which will open in February 2017 at the Neue Galerie in New York. As curator at the Guggenheim Museum, Ms. Barnett contributed to the exhibition, Great Utopia: The Russian and Soviet Avant-Garde, 1915-1932. She is now Consulting Director of the Hans K. Roethel-Jean K. Benjamin Archive at the Guggenheim. She was a member of the Société Kandinsky in Paris (1989-2014) and the Malevich Society in New York (2001-2006).

Her experience in archival research and in working closely with museum conservators in several countries complement the goals of the RARP; moreover, the preparation of a catalogue raisonné raises questions of authenticity. 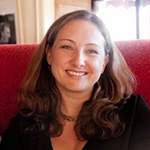 Before being awarded PhD at the Courtauld Institute of Art, Natalia read History of Art at the Academy of Fine Arts in St. Petersburg and completed the PhD course at the Hermitage Museum.

In 2012 Dr Murray wrote a book “The Unsung Hero of the Russian Avant-Garde. The Life and Times of Nikolay Punin” (Leiden-Boston: Brill Academic, 2012), and currently is editing her next book on post-revolutionary festivals in Petrograd.

At present Natalia Murray is working as head of education and public programmes at GRAD (Gallery for Russian Art and Design) and curating exhibitions of Russian Art in England. Her recent exhibitions include “Jack of Diamonds and the Russian Avant-Garde“, The Courtauld Gallery, 18 September 2014 – 18 January 2015 and “Elena Polenova and Russian Arts and Crafts“, Watts Gallery, 18 November 2014 – 8 February 2015. 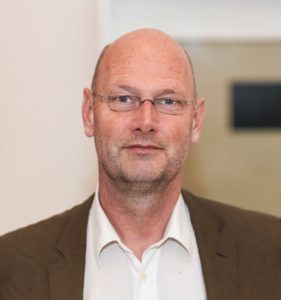 Willem Jan Renders (1955) studied art history in the Netherlands and in Italy. After his graduation at the University of Utrecht, he worked temporarily in Museum Boijmans Van Beuningen in Rotterdam and as head of Communications in the Kunsthal Rotterdam. Since 1996 he works in the Van Abbemuseum in Eindhoven, first as head of Communications and then as head of Education. Since 2013 he works there as curator Russian Art. Next to that he is Board Member of GRAD in London. Together with Charles Esche he curated the exhibition Lissitzky – Kabakov : Utopia and Reality’ that was shown in the Van Abbemuseum in Eindhoven in 2012 and after that in the State Hermitage in St. Petersburg, the Multimedia Art Museum in Moscow and in Kunsthaus Graz. He recently co-curated the exhibition ‘Chagall, Lissitzky, Malevich – The Vitebsk Art School and Unovis 1918 – 1923’ which opened in March 2018 in Centre Pompidou.